I’m not a firearms expert by a long shot, but given all the hoopla about assault weapons, I thought I’d share what little I know about the subject.

Once upon a time civilian firearms were far superior to anything the military had. A commoner buying a firearm was making a long term investment in something that was going to put meat on the table, and he wanted the best quality he could afford. He wanted something that would last a lifetime and be handed down to his children. The nobility and the upper class bought firearms as toys for hunting, and they could afford the very best. Governments arming thousands of soldiers wanted the least expensive firearms they could lay their hands on. That’s why, during the Revolutionary war, many colonists were armed with Kentucky long rifles, maximum effective range 200+ yards, and the Redcoats were armed with the venerable smoothbore Brown Bess musket, maximum effective range 50-75 yards. 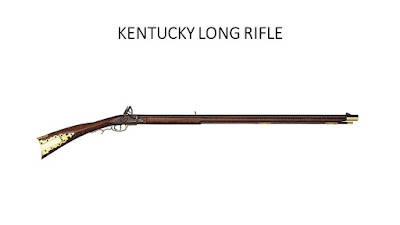 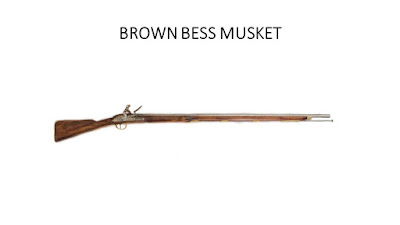 Even during the Civil War, repeating rifles were available to the public, but Lincoln had monumental troubles getting the military to adopt them for use. It was only during the last part of the war that repeating rifles began to appear on the battlefield. (There was a Union contingent at the Battle of Olustee which was armed with repeating rifles, but they turned tail and ran at the first sound of gunfire).

In the Twentieth Century, things began to change. It began to dawn on the brass that bullets were cheaper to replace than fully trained riflemen. One of the first steps toward the modern assault rifle was the Browning Automatic Rifle, the BAR, which had a 20 round magazine and fired .30-06 caliber rifle cartridges fully automatic. It weighed a ton. It saw limited action in WW1 and much more in WW2. Between the wars, Clyde Barrow used cut down BAR’s to rob banks. The problem with a full power rifle caliber is that the kick is healthy and the gun is hard to control on full auto. 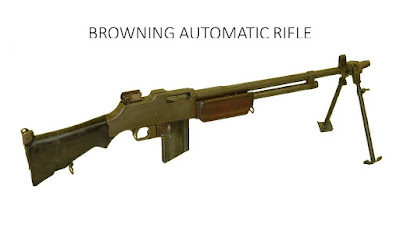 Hitler didn’t want to waste time on full auto rifles, so they sold the project to him as just another submachine gun. The cat got out of the bag when Hitler was talking to some officers from the Russian front and asked them what they needed. One officer piped up and said “We need more of those fully automatic rifles.” Hitler examined the rifle, liked it, and instead of executing officers for insubordination, he dubbed the rifle “sturmgewehr”—assault rifle. 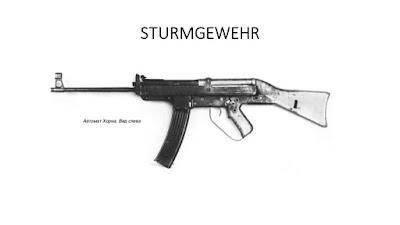 The best the US could come up with for an assault rifle was the M3 Carbine, a fully automatic version of the M1 Carbine which fired an anemic .30 caliber cartridge. 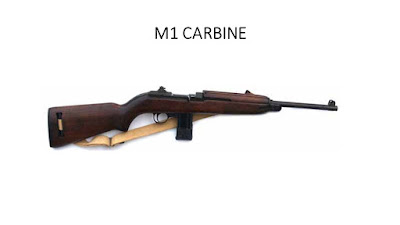 Shortly after WW2, a Russian officer by the name of Mikhail Kalashnikov invented the weapon which became known as the AK47, the best assault rifle ever designed because of its simplicity of design, robustness, firepower, and ease of operation. Firing a downsized .30 caliber rifle cartridge, it has become the most-used assault weapon in the world and has probably accounted for more battlefield deaths than any other assault rifle. 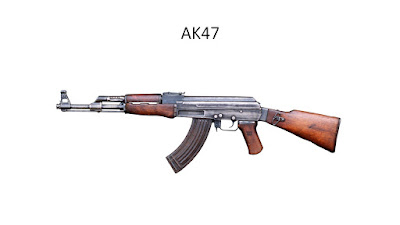 Toward the end of his life, Kalashnikov was wracked with guilt for all the deaths caused by his invention. Shortly before his death in 2013, Kalashnikov, a devout Orthodox Christian, wrote the Russian Patriarch expressing his sorrow and asking if he could ever be forgiven. A partial translation of his letter reads: "My heartache unbearable same insoluble question: if my rifle deprive people of life, and therefore I, Mikhail Kalashnikov, ninety-three years old, the son of a peasant, and Orthodox Christian according to his faith, responsible for the death of people, let even an enemy?" The Patriarch wrote him back and told him he was guiltless because what he did was in defense of Mother Russia.

Because Americans are enamored of complexity, our entry into the assault rifle sweepstakes was the M16, which was sold as a gun that didn’t have to be cleaned. As was soon learned in Vietnam, it most certainly did have to be cleaned. To begin with it was something of a disaster, but endless tinkering has finally made it into an excellent, if somewhat complicated, weapon. It fires a .22 caliber [5.56 mm] cartridge. 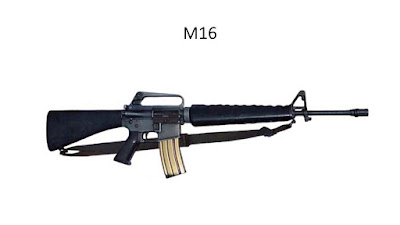 There is some talk about “replacing” the M16 with the M4, which looks to me to basically be a cut-down, tricked-out version of the M16, firing the same cartridge as the M16. About like the difference between the WW2 M1 and the post-WW2 M1A1. 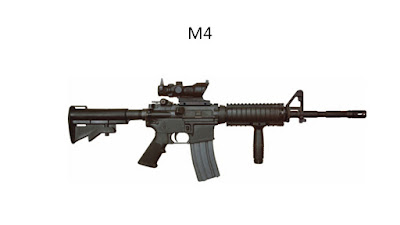 There must be something to the .22 caliber cartridge, because in 1974, the Russians transitioned from the AK47 (.30 caliber) to the AK74, chambered in a caliber [5.45 mm] which is slightly smaller than the M16’s 5.56 mm cartridge. I see the difference between the AK47 and the AK74 as being similar to the difference between the post-WW2 M1A1 and the NATO compatible M14. 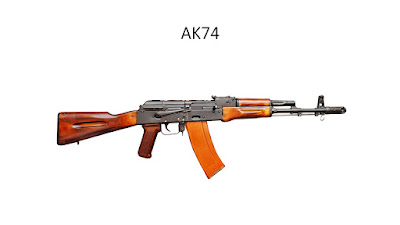 Different types of assault rifles are as numerous as fleas on a dog’s back. When I was in Israel a few years ago, it seemed that every Israeli soldier I saw was carrying a different type of assault rifle—M16’s, FN-FAL’s, bullpups, you name it (no AK47’s, though). I even saw what must have been a reservist carrying an M3 Carbine. 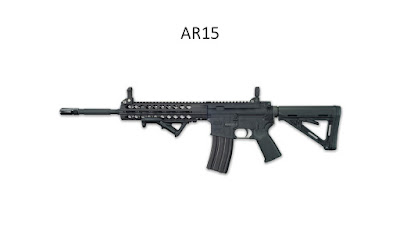 It’s not a true assault rifle, but it can fire a lot of ammunition in a short period of time. These so-called assault rifles can’t fire any faster than any semi-automatic rifle, they just look wicked and have high-capacity magazines. Back in the days when I thought I was a hunter, I had a Remington .308 that would fire just as fast as the AR15 and pack a bigger wallop—but it had a five round magazine and didn’t look nearly as evil. If you haven’t hit your deer after five shots, you might as well give up.

I’ve never owned an “assault rifle” (unless you count an SKS I had years ago) and never had a desire to have one. I think if you need to shoot at a target 20-30 times, you probably need some target practice. But the idea that someone can do more damage with an “assault rifle” than with any other semi-automatic firearm is wrong. It all depends on how fast the shooter can change magazines.

I once worked a police shooting where the bad guy was wearing body armor and armed with an M1 Garand, a semi-automatic military rifle with an eight round capacity. You load the M1 with eight round clips. When the last cartridge is fired, the clip flies out of the magazine, and you slap another clip into it. It doesn’t take long. The bad guy fired at a van load of SWAT officers and they returned fire. One of the first rounds fired hit the M1’s receiver and rendered it inoperable—a very lucky shot. After the dust settled and the smoke cleared, they searched the bad guy’s body and found that every pocket he had was crammed full of eight round clips. If his gun had not been disabled and if he was good at reloading, he could have put out a tremendous rate of fire. As it was, he only got off one shot. 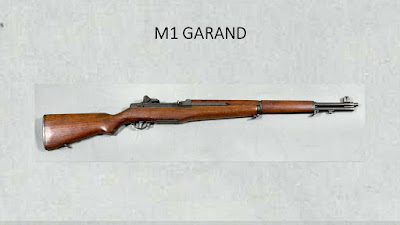 I learned four lessons from the Pulse Club shooting: (1) Get a CWP. (2) Become proficient with your chosen firearm. (3) Keep your firearm handy. (4) If you’re ever confronted with someone like Omar Mateen, shoot back. Remember, when seconds matter, the police are just minutes away.
Posted by George R. (Bob) Dekle, Sr. at 11:30 PM