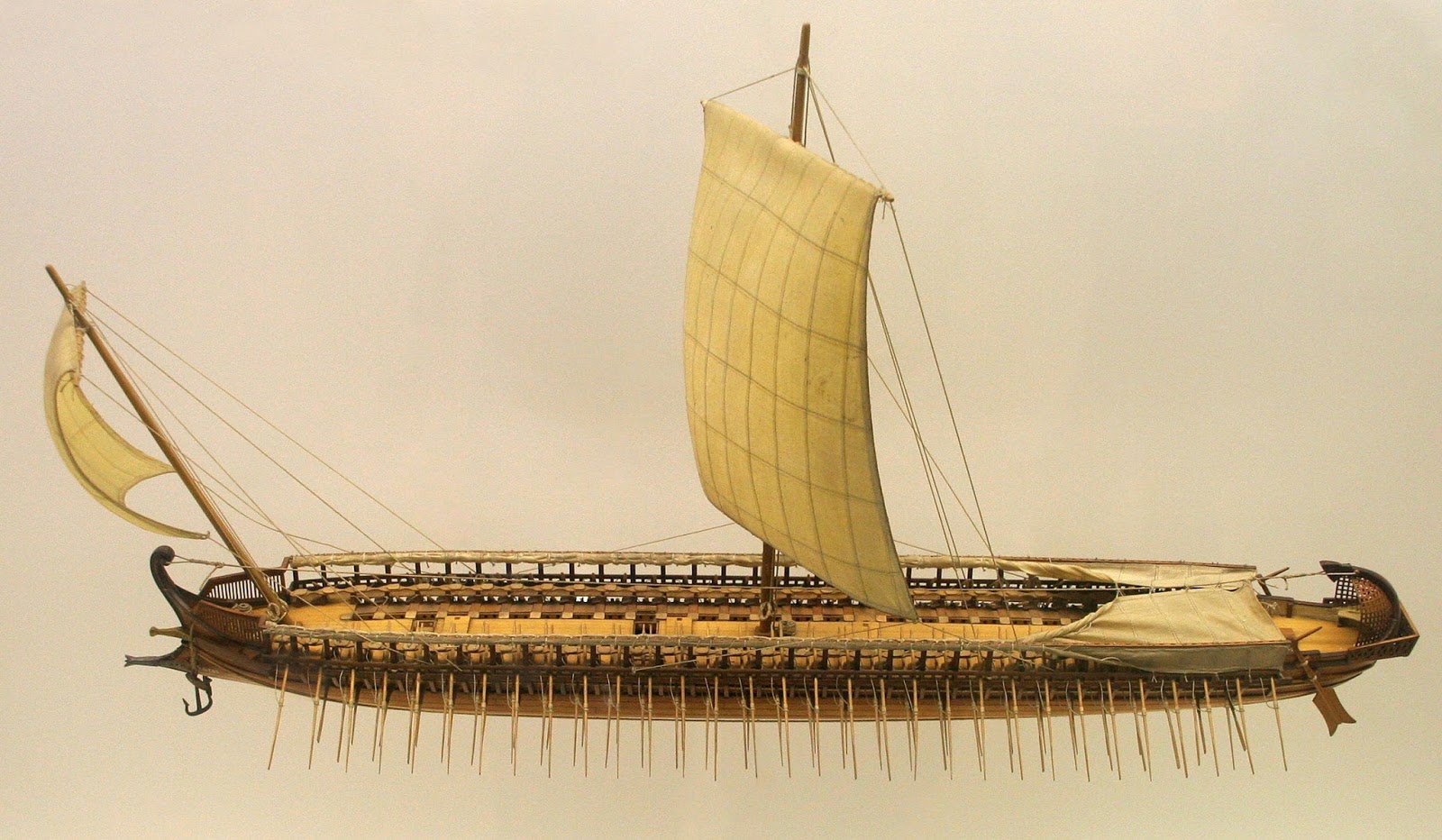 Greek Trireme
I just got back from watching the new movie, 300: Rise of an Empire, and aside from the bleak scenery and the gallons of spilled blood, I enjoyed it. The movie did not, however, even make a feeble attempt at being an accurate retelling of the history of the Greco-Persian War.  This is unfortunate, because the history of the Greco-Persian War as recounted by Herodotus is a much more interesting story populated by much more interesting people than the cardboard characters who populated the movie. 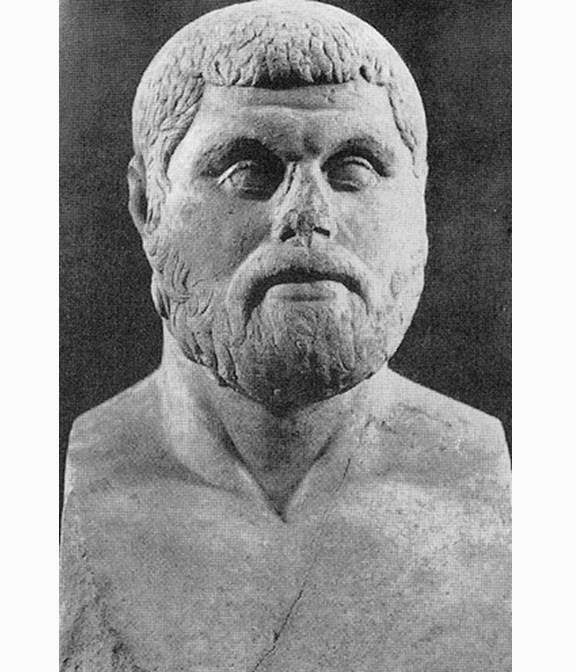 Themistocles
Here are some of the big discrepancies: Neither Artemisia nor Xerxes were the villains portrayed in Rise of an Empire. Artemisia was a capable queen and resourceful commander, but she was no psychopathic killer. Xerxes was not a body-building megalomaniac coward. He was actually a pretty good king, just not a very good military commander. He is remembered as Xerxes the Great mainly because of his extensive building projects. We even meet him in the Biblical Book of Esther, where he was called Ahasuerus. The Spartan navy was not commanded by Leonidas’s widow. Themistocles did not command the Athenian army at Marathon and did not kill the Persian king Darius. Darius wasn’t even at Marathon. Greek Hoplites Marching into Battle
Most Greek hoplites, except for the Spartans, were not well trained in hand-to-hand single combat. The professional Persian soldiers, called Immortals, were. The Greeks were able to defeat the Persians in hand-to-hand combat for two reasons. First, they were trained to march into battle shoulder to shoulder and fight as a group. Second, they wore body armor and the Persians didn’t. Unlike the hoplites in the movie, the doru, an 8 foot long stabbing spear, was their main weapon and the sword was a backup. This, of course, means that all the battle scenes in the movie are a bunch of hokum, with half-naked Greek hoplites displaying ballet-like swordsmanship as they chop the heavily-armored Persians to pieces. I assume they went into battle bare chested so you could see their six-packs. Probably one of the most ridiculous scenes in the movie was Themistocles yanking off his helmet to go into battle bare-headed. Of course, if he kept his highly protective Corinthian helmet on, you wouldn’t be able to see the determined look on his face as he sliced and diced his enemies. 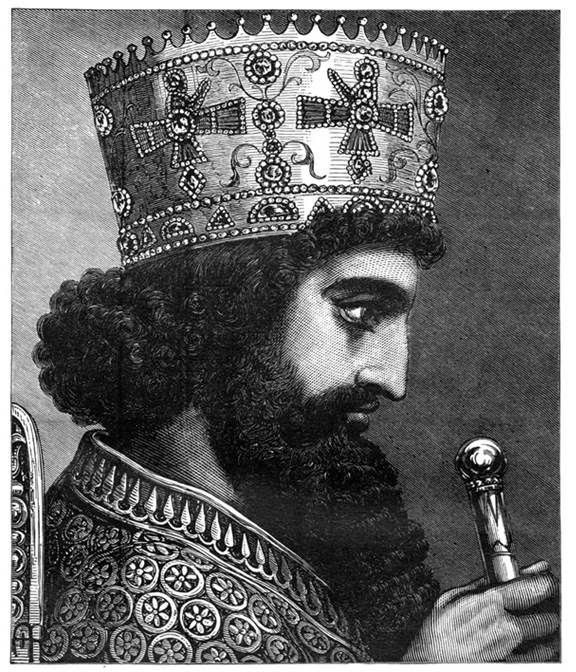 Xerxes
Here’s a rough thumbnail sketch of the events covered by Rise of an Empire as they actually played out in history. If you go see the movie, you’ll find many more departures from the history than the ones I’ve outlined above.


The movie got the names of some of the major characters right and the course of the war from Marathon to Salamis somewhat right, but the devil was in the details. The first thing they got wrong was how the war started. The Persian king, Darius, did not invade Greece simply because he was irritated with democracy. Here’s how the war really started. A number of Greek colonies in Asia Minor fell under the power of the Persians when Cyrus of Persia defeated Croesus of Lydia and annexed Asia Minor to the Persian Empire. The yoke of Persian domination was light, and some areas even celebrated falling under the rule of Persia. Judah was one of those areas because Cyrus allowed the Jews to return from the Babylonian Captivity and under Persian rule they were even able to rebuild the Temple.


Unlike the Jews, the Greeks did not like the rule of the Persians. They revolted and asked for help from the Greek mainland. Athens sent a contingent of soldiers to help, and the Athenians succeeded in burning the Persian city of Sardis, and making King Darius very angry. He sent a punitive expedition to Athens to punish them for their insolence. Since Athens was such an insignificant backwater, he didn’t bother to go himself but sent Datis and Artaphernes as commanders of his force. After the debacle of the Battle of Marathon, Darius began raising an army to invade and conquer the whole of Greece. He died before he could accomplish this, and his son Xerxes took up the cause and marched a huge army into Greece over two pontoon bridges built across the Hellespont.


Most of the city states of Greece immediately surrendered to Persia. A few, however, led by Athens and Sparta, decided to fight. Leonidas led an army of some 7,000 (300 of which were Spartans) to meet the Persians at Thermopylae and succeeded in slowing down, but not stopping, the invasion.  At the same time as the Battle of Thermopylae, the Greeks engaged the Persian fleet in a sea battle at Artemisium. This battle was more or less of a draw, but the Greeks had to withdraw when Thermopylae fell. The Greek commander at Artemisium was a Spartan named Eurybiades. Although Themistocles was the mastermind of the plan of battle at Artemisium, he could only secure the help of Sparta by agreeing to let them command. By the way, Themistocles was not the Greek commander at Marthon either. Callimachus was the nominal head of the Athenian army, but Miltiades was the architect of the Athenian victory. Themistocles was a mere foot soldier at Marathon. 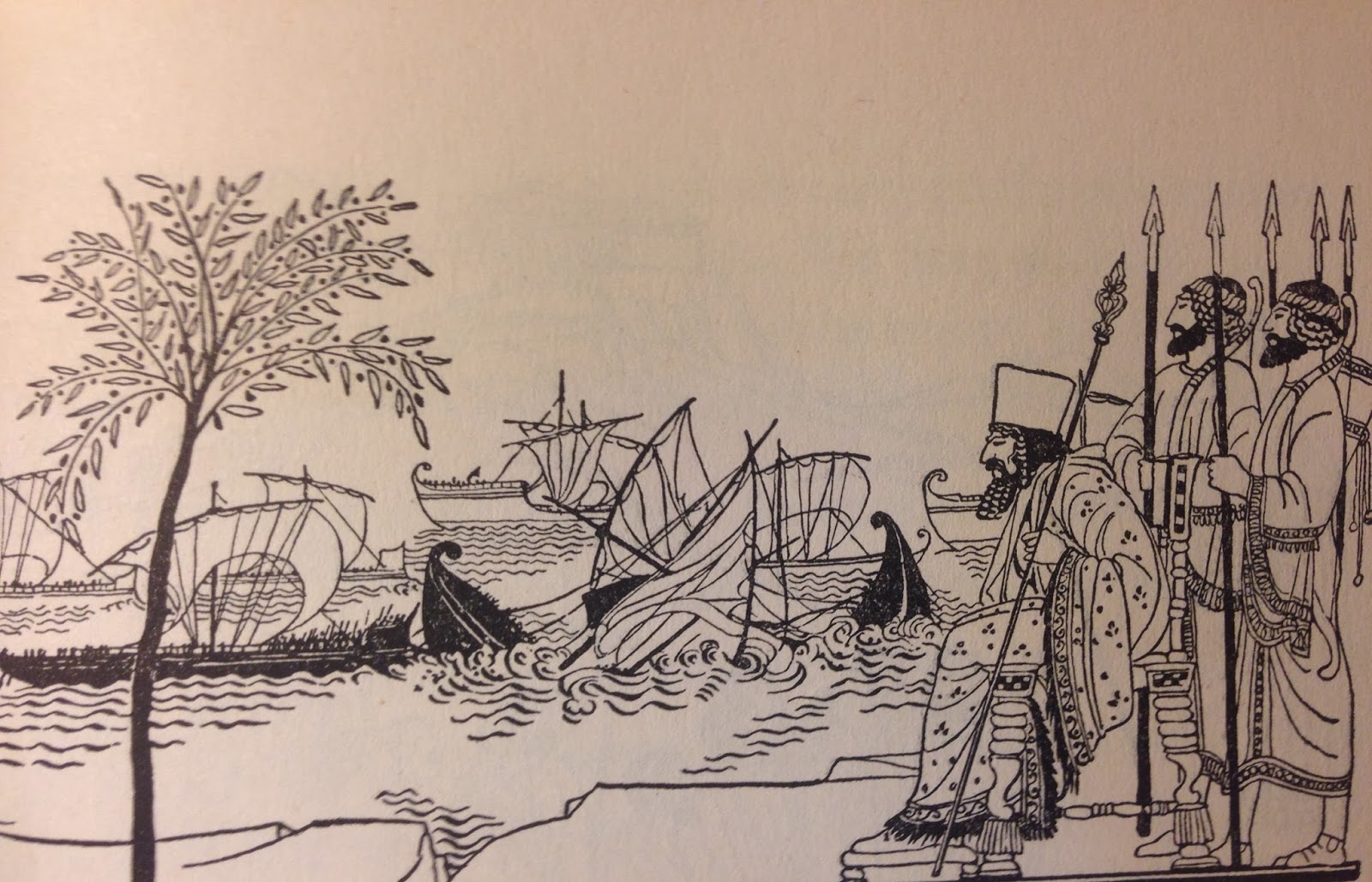 Xerxes Watches the Battle of Salamis
Upon returning to Athens, Themistocles talked the people into evacuating Athens and going to the nearby island of Salamis. The Persians burned the city while the Greeks on Salamis bickered about what to do. The Spartans wanted to fall back to Sparta and make a last stand there, but Themistocles refused to budge. He wanted a sea battle in the straits between Salamis and the mainland, and he got it by trickery. He sent word to Xerxes that the Greeks were preparing to run away and he needed to block both ends of the straits to trap them. Xerxes obliged, and the Spartans were forced to fight Themistocles’s sea battle in the straits. They had no other choice.


The Greek triremes were faster and more maneuverable than most of the Persian ships, although there was a large number of Greek triremes in the Persian fleet. The Greek sailors in the service of the Persians were not enthusiastic about having to fight their kinsmen. One of the Greek commanders in the Persian fleet was Queen Artemisia of Halicarnassus, who was not quite the fireater portrayed in 300. She was, however, a capable commander who had Xerxes’s trust. Xerxes sat on a throne placed on a hill overlooking the straits and watched the battle. The Greeks won, crippling the Persian fleet, and causing Xerxes to decide that he probably should go back to Persia. When Artemisia saw that the battle was going against the Persians and she was likely to be sunk, she devised a cunning strategy to save her ship.  She was on a Greek trireme and could easily be mistaken for a ship of the Greek navy. She immediately rammed a Persian ship to make the Greeks think she was on their side. It worked, and she survived the battle. When Xerxes saw Artemisia ram the Persian ship, he thought she was ramming a Greek ship and exclaimed “My men have become women and my woman a man!” Or at least that’s the story Herodotus told.


Xerxes did not give up on his plan to conquer Greece. Although he went back to Persia, he left his army in Greece under the command of the Persian general Mardonius. The war was not over until the next year, when the Spartan King Pausanias led a combined army of several Greek city states against the Persians near the inland city state of Plataea and decisively defeated them.