I was in the gym this morning trying to reduce my waist size when some of the patrons began to ask me questions about the prosecution of Ted Bundy. This doesn’t happen as much as it did 30 years ago, but it does happen from time to time. One of the men asked me if we had ever found the murder weapon. He reminded me that sometime shortly after Bundy’s conviction I had told him about my belief that we may have found the murder weapon. This immediately conjured up a memory of an event which I had not thought of in many years.


It seems that shortly after Bundy’s conviction, we were informed that a law enforcement officer out in the Panhandle had found Bundy camping and taken a huge knife away from him. The knife was supposedly in some agency’s property room. I asked that it be run down and taken into FDLE custody in case of a reversal and a retrial. I do not recall hearing anything more of the incident and don’t know whether the knife was recovered.


If you have read The Last Murder, you will recall that the Medical Examiner had opined that the cause of death was “homicidal violence to the neck area, type undetermined, accompanied by copious bleeding.” Just the day before the abduction Bundy had bought a huge Buck General hunting knife at a Jacksonville sporting goods store. It doesn’t take a great deal of brainpower to infer that the Buck General was what caused the “homicidal violence to the neck area.” We spent a lot of time, energy, and effort trying to find that knife, but were never able to locate it. Then, after the trial was completely over, like belated manna from heaven, we learned about the officer who had relieved Bundy of a gigantic knife just a day or two before his arrest in Pensacola.


Was it the murder weapon? Was the guy really Bundy? I can’t remember enough detail to say. I learned of the incident in 1980 after Bundy’s conviction. It is now 34 years later. At this distance in time from the incident I can’t really say how much of my vivid memory is real and how much is imagined. Our memory does not work like a DVD. We don’t have a video of every incident in our lives, and we can’t simply rewind the video and replay it to get a 100% accurate account of a long-ago event.


Our brains only record the gist of an event, and when we recall it to memory, it is somewhat like looking at a jigsaw puzzle with pieces missing. Whenever you look at a partially assembled jigsaw puzzle you can usually infer what the missing portion of the picture looks like. That’s what our mind does when the gist of a memory is recalled. Subconsciously our brains fill in the blank spaces with reasonable inferences of what must have happened. As time passes and more pieces of the puzzle go missing, reasonable inference is less able to reconstruct the incident, and imagination takes over. Psychologists call this process confabulation, which is a fancy word for lying. But it’s not really lying, because the process goes on subconsciously and we think we are remembering actual details.


That’s why we have conflicts in testimony, and that’s why the conflicts tend to become more pronounced as time goes by. Nobody’s lying, their subconscious minds are just filling in different details to the gist of a memory that the witnesses all share. For example, some survivors of the Titanic said the ship broke in two before it went down. Others said it went down intact. This conflict in testimony doesn’t mean that the Titanic completed its voyage by docking in New York. We have pictures of the ship resting on the bottom of the ocean. The two groups of survivors agree as to the gist of the event (the Titanic went down), and that memory is accurate. As the saying goes, however, the Devil is in the details of how it went down. 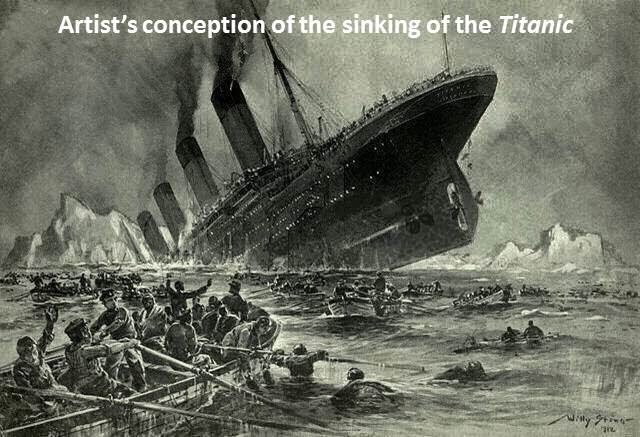 So I have this vivid memory with details that may or may not be true. It was at a campground in a State park. The officer was a wildlife officer. Bundy was found chopping on a stump with the knife. All this may be true or it may be confabulation. What isn’t negotiable about my memory is the fact that an officer took a huge knife away from Bundy shortly before Bundy got arrested in Pensacola. That much is corroborated by my friend remembering that I told him the same facts.


So the next time two people are telling you about an event and they are in hopeless conflict about the details, don’t assume that either one of them is lying. Just take the details that they both agree on as being the gist of a genuine memory and weigh the conflicting details against each other and against reasonable probabilities to separate the genuine memory from the confabulation. In our Titanic example, I think the witnesses who say the ship broke in two are more likely right. Reason: Photographs of the ship on the bottom of the ocean show it is broken in two. 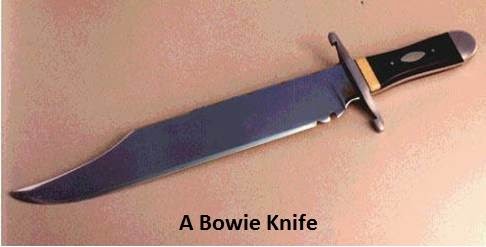